I’ll be at ALTA — the American Literary Translators Association conference — in Rochester, NY, in November 2019. I hope to see you there!

In February 2020 I’ll have an Artist’s Residency at Highways Performance Space in Santa Monica, which will culminate on Feb 28 & 29 at 8.30pm with a show I’ve co-created with Sohani Holland called “CONTACT by SOMA 2020.” Our show debuts alongside a gallery show we’re co-curating titled “We Welcome You Here – CONVENE” (Feb/March 2020). 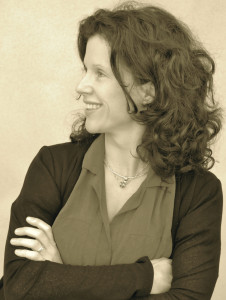 In October 2019 I participated in the SHORT+SWEET HOLLYWOOD FESTIVAL with the world premiere of Susannah Rodriguez Drissi’s play REY Y ATENEA. I played ATENEA & it was a blast.

In September 2019 I gave a paper on Hélène Cixous and Clarice Lispector at the international Brazilianist conference ABRE in Paris, France, titled “Clarice Lispector — School of Dreams, Scene of Writing”

I participated in the Hollywood Fringe Festival 2018, to be held throughout June 2018 in Hollywood, California. I play GLORIA, a lead role in HOUSES WITHOUT WALLS — the new play written & directed by Susannah Rodriguez Drissi and premiering at the Stephanie Feury Studio Theater. I’m also assistant producing. Details & Tickets available here.

I moderated an evening of literature and storytelling at the Mark Taper Auditorium in DTLA on February 23rd, 2017 at 7.15pm co-presented by the Library Foundation of Los Angeles’ ALOUD series and the Consulate General of Mexico in Los Angeles. I spoke with two Mexican writers about their recent fiction: Valeria Luiselli, author of The Story of My Teeth and Faces in the Crowd, and Guadalupe Nettel, author of Natural Histories and The Body Where I Was Born. Event info at this link and podcast available here.

April 2, 2017, at BinderCon LA, I chaired an exciting panel of dynamic speakers on the topic of HOW TO BE A MEDIA HYBRID: WRITER / ACTOR / PRODUCER / DIRECTORS DIVE INTO HOLLYWOOD — with Lucia Brawley, Marisa Echeverria, Robinne Lee, Diana Mendez, Kylie Sparks, and Tilda Del Toro.

Speaker/Interviewer (live + podcast). A conversation with writer Jennifer Clement about her latest book Prayers for the Stolen. ALOUD Library Foundation of Los Angeles. May 14, 2015.

Special Guest. I gave a short lecture and then had a conversation with Mona Simpson as a special guest for her “Emerging Writers Series.” UCLA’s English Department and UCLA Friends of English. October 21, 2013.

Thank you for visiting my page.