I’m a writer, actor, and translator based in Los Angeles, California.

I’m a Contributing Editor at the Los Angeles Review of Books, a Visiting Scholar at UCLA’s

Latin American Institute & a Board Member at Heidi Duckler Dance.

I hold a PhD in Comparative Literature from UCLA and a BA in Social Studies from Harvard.

I was born in Santiago, Chile, and raised in Chicago, Los Angeles, and Washington DC. 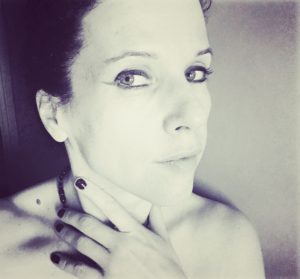 Magdalena Edwards is a writer, actor, and translator from Spanish & Portuguese based in Los Angeles, California. She is a Contributing Editor at the Los Angeles Review of Books, a Visiting Scholar at UCLA’s Latin American Institute & a Board Member at Heidi Duckler Dance. Her work has appeared in the Paris Review Daily, the Boston Review, the Millions, El Mercurio, Rattle, the Critical Flame, Words Without Borders, Full Stop, The Point, London Review of Books,and the Los Angeles Review of Books, as well as in Ocean Crossings (Tagus Press/UMass Dartmouth 2021), Cosmopolitanisms (NYU Press 2017) and Psychogeographical Romance (Essay Press 2015). She is working on a translation of Chilean surrealist Juan Emar’s posthumously published novel AMOR, as well as a collection of poems translated from Brazilian Portuguese. She plays Annie, a writing professor with a #metoo problem, in Lucia Senesi’s short film A Short Story (2019). She played the lead role of Virgínia in Heidi Duckler Dance’s ILLUMINATING THE CHANDELIER (April 2020). She is the co-creator, with Sohani Holland, of the show “CONTACT” – which premiered at Highways Performance Space in Santa Monica Feb 28 & 29, 2020, alongside the gallery show “We Welcome You Here: CONVENE” (Feb/March 2020). Magdalena originated the role of Atenea in Susannah Rodriguez Drissi’s play Rey y Atenea, which had its world premiere at the SHORT + SWEET HOLLYWOOD Festival (2019) — sponsored by NBC, Argentum Studios, Final Draft, and others — & placed as a finalist in the Latinx section. She played Gloria in Susannah Rodriguez Drissi’s award-winning play Houses Without Walls during the Hollywood Fringe Festival in 2018. Magdalena’s one-woman show I Wanna Be Robert De Niro premiered at the Hollywood Fringe Festival in June 2017, and she performed The Body Speaks: On Clarice Lispector’s The Chandelier at Oxford University in November 2017. She has also performed original work recently in Los Angeles, Rio de Janeiro, São Paulo, Paris, Jerusalem, and Tokyo. Magdalena was a staff writer for Chile’s leading newspaper El Mercurio in the Artes & Letras section from 2000-2001 where she published reviews, essays, and interviews, including conversations with poets Rita Dove and Adrienne Rich. She holds a PhD in Comparative Literature from UCLA and a BA in Social Studies from Harvard. More at www.magdalenadwards.com and on Instagram @msmagda8lena and Twitter at @magda8lena.